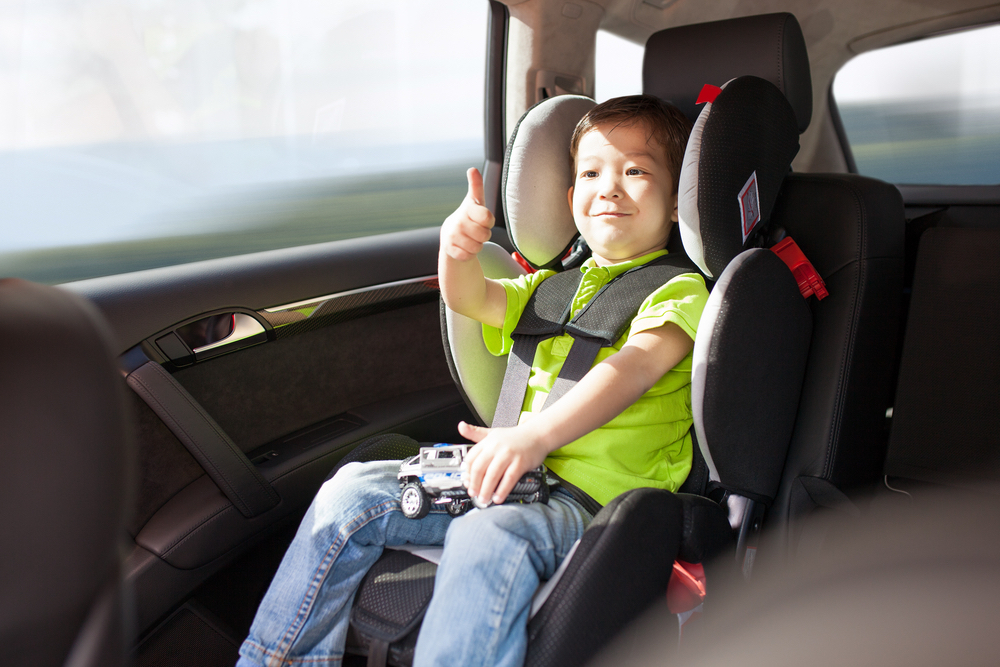 What is a seat belt locking clip? I’m glad you asked…

One of the best aspects of American car seat standards is that they are required by law to offer two installation options: LATCH (Lower Anchors and Tethers for CHildren) and seatbelt.

LATCH is simple: push in or hook on the clips, then tighten the strap. Installation with a car’s seatbelt isn’t usually too tough either: thread the seatbelt through your car seat’s belt path (often with arrows showing you the way), buckle, and then pull the seatbelt alllllll the way out before letting it slowly feed back in at the top. This last step is referred to as locking the seatbelt at the retractor. It’s been a requirement in new US cars over twenty years!

In other countries, you are likely to encounter cars with seatbelts that don’t lock at all and have no LATCH attachments. If the car has a lap-only seatbelt it’s pretty easy to install the car seat (more on that below). But if the car has a lap-shoulder belt that you can’t lock at the retractor and it doesn’t have LATCH, you may need something else to help you out…

What is a locking clip?

This is a seat belt locking clip:

It’s a small, light, inexpensive piece of metal that keeps the seatbelt from sliding freely by holding the lap and shoulder sides together very tightly. I’ve never understood why it’s sold in a two-pack, but I guess you’ll always have a spare.

Buy one (or two, apparently). Learn how to use it with the video tutorial below. Put it in an outer pocket of your carry-on for convenience. Then cross your fingers that you won’t have to use it.

I kid. Sort of. No one loves using a locking clip. It takes a few extra minutes and usually involves lots of swearing for me. That’s how you know you’re doing it right, because if it’s too easy to get on then it probably isn’t going to be secure enough to do its job in an accident.

But when you need it, you’ll be really glad to have it! Just tell the taxi driver to check some sports scores while you do your thing.

Do you need a locking clip?

It depends on your car seat and where you’re taking it.

If you’re traveling within the US, Canada, western Europe, Australia and New Zealand with a convertible or forward-facing car seat, you should be able to install your car seat with LATCH (or the local equivalents, which go by different names like LUAS and ISOFIX) if your child is within the LATCH weight limit for your car seat. The limit varies from 35lbs to 50lbs depending on the weight of the car seat. You’ll also generally find seatbelts that you can lock at the retractor in those countries.

If you’re traveling outside of those regions or bringing an infant car seat without its base or your child weighs more than the car seat’s LATCH limit, it’s a good idea to bring a locking clip with you. You may be pleasantly surprised to find a car that has a locking seatbelt or that has lower anchors, but you don’t want to be caught off-guard without a safe way to drive your baby.

Remember, a locking clip weighs a few ounces and is the size of a credit card. There’s no downside to having it in your carry on!

Many car seats are actually easier to install with a lap-only seatbelt (just like on an airplane). The body of an infant car seat typically has two little “arms” over your baby’s legs. Thread the lap-only seatbelt under those and tighten. On a bigger car seat, the lap seatbelt goes under the cover (below the legs for rear-facing, behind the back for forward-facing). Done! This can come in handy if you bring a car seat to countries in the developing world, where some seating positions (often the middle) only have a lap seatbelt.

This photo shows my daughter in her Chicco Keyfit30 on an airplane, but you’d use the car seatbelt the same way if it is a lap-only seatbelt.

Many “premium” car seats have built-in locking mechanisms (called “lock offs”) and don’t need another device no matter where you’re going. Some of those are too heavy to easily travel with, though you can make it work by using a car seat travel cart. The Britax ClickTight car seats can also keep a non-locking seatbelt in place on their own. Here are some of our favorite car seats that have built-in lock offs and don’t require a locking clip:

Infant car seats are generally advertised as having a lock off, but it’s built into the base rather than the seat itself. Since you probably don’t want to travel with an extra 10 pounds of car seat base, it won’t do you much good on the road!

However, some infant car seats have another trick up their sleeves. They can use a so-called “European belt path” (also called “Euro routing”) that loops the shoulder part of the seatbelt behind the seat and passes it through a slot on the seat back. That’s how most rear-facing car seats are installed in Europe if they don’t use ISOFIX. Fortunately they’re getting more common in the US as well! Admittedly we’ve used this method with our favorite travel car seat and haven’t felt very confident in our results, but YMMV with practice! Here are infant seats that allow European routing:

You don’t need a locking clip for a booster seat because in that case the seat doesn’t need to be attached to the car.

How to use a locking clip on a car seat?

If a picture is worth a thousand words, a video is worth a million in this case. After you’ve received your locking clip, come back to this post and watch this video. It can be tricky to use (especially under the watchful eye of an impatient taxi driver) so be sure to practice a few times at home before your trip.

Do you have any other questions about locking clips? Let us know in the comments!

Hi! I’m Melissa, a real-life mom of two and world traveler. I love helping parents travel more, better and easier… and that’s what this whole website is about. Find out more about me here.